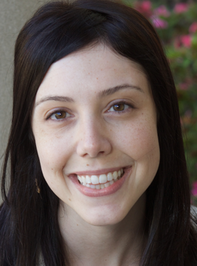 Amy Russell joined Carolina Performing Arts (CPA) as the Director of Programming in 2014, curating a multi-disciplinary season of 40+ performances, engaging artists in unique fellowships across campus, and maintaining CPA’s global artistic relationships. Amy has played a lead role in developing the vision for CPA’s newest venue, a black box theater and studio space dedicated to installations and other immersive experiences, scheduled to open in the fall of 2017. Prior to joining CPA, Amy oversaw programming for the North Carolina Symphony, and served as Executive Producer of their radio broadcast series. A lifelong student of music, she holds a degree in performance from the University of North Carolina at Chapel Hill. 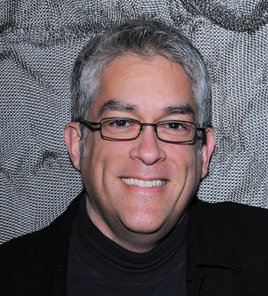 Charles Santos is Executive Director/Artistic Director of TITAS Presents, a 34-year old arts organization responsible for bringing to Dallas many of the world’s most important dance and music artists. He has had an extensive career in the performing arts field as a presenter, performer and producer. He danced professionally before becoming a producer/presenter. Charles began his producing career in Austin, TX by creating the award-winning Austin Festival of Dance, considered for a decade as the most significant dance event in Austin. He moved to New York in 1995 as the Managing Director for Eos Orchestra where he produced concerts at New York’s Lincoln Center, 3 CD’s and published 2 associated books. He continued his career as the Producing Director for Dancers Responding to AIDS (DRA) a program of Broadway Cares/Equity Fights AIDS. At DRA and Broadway Cares he produced events with such luminaries as Mikhail Baryshnikov, Bill T. Jones, Mark Morris, Glen Close, Bebe Neuwirth, Jennifer Holliday, Twyla Tharp and Merce Cunningham, as well as developing a highly successful national grass-roots events with thousands of dance students from across the country. Before coming to Dallas for TITAS Presents in October 2001, for two years he was the Managing Director/Associate Producer for the Lower Manhattan Cultural Council at New York’s World Trade Center. There he produced the highly acclaimed Evening Stars series at the World Trade Center, as well as facilitating an artist residency program and a re-granting program for the state of New York.

Since taking over TITAS Presents, he has expanded the range and depth of artists TITAS Presents brings to Dallas, as well as establishing a reputation for excellence in producing festivals and creating cultural collaborative projects. Always pushing the envelope, he brings some of the world’s most intriguing artists to Dallas. Artists such as Philip Glass, Twyla Tharp, Ravi Shankar, ABT, Mark Morris, France’s Lyon Opera Ballet, Japan’s Kodo Drummers and Portugal’s Mariza. Now in a partnership with Dallas’ AT&T Performing Arts Center, TITAS Presents, and the arts in Dallas, is experiencing new levels of success and cultural collaboration. Charles, with an international reputation for excellence, has established TITAS as a major dance presenter and as a catalyst for cultural collaborations.