Kendra Whitlock Ingram currently serves as the executive director for The Robert and Judi Newman Center for the Performing Arts at the University of Denver, where she is responsible for the overall stewardship and strategic direction of the Robert and Judi Newman Center for the Performing Arts, the successful implementation of its mission, and management of the Center’s overall administration. She also serves as the Artistic Director for the Center’s presenting series Newman Center Presents. Previously, she served as Vice President of Programming and Education for Omaha Performing Arts, overseeing the artistic direction of OPA’s season as well as all education and community engagement initiatives, venue sales and production departments. Ingram has held senior leadership positions with several major performing arts institutions including: Managing Director of Shenandoah Conservatory at Shenandoah University, Vice President and General Manager of the Baltimore Symphony Orchestra and Director of Pops and Special Programming for The Detroit Symphony.

Ingram holds a Master in Business Administration from University of Nebraska Omaha and a Bachelor of Science in Music Education from Duquesne University. She is also an alumna of the League of American Orchestras’ Orchestra Management Fellowship Program. She has served as an adjunct faculty member at Wayne State University in its Music Management Program and has been a guest lecturer for the University of New Orleans Arts Administration program. Ingram has also served as a grant review panelist for the National Endowment for the Arts, the Michigan Council for Arts and Cultural Affairs, The Broadway League and Colorado Creative Industries.

Ingram’s volunteer work currently includes board membership for the Association of Performing Arts Professionals and the Denver School of the Arts Friends Foundation; commissioner for the City of Denver Cultural Commission, service on the Western Arts Alliance Conference Committee and Denver Arts and Venues Music Strategy Advisory Panel. Previously, Ingram served as board chair for the non-profit organization Hear Nebraska, and as a member of the Women’s Fund of Omaha Circles, and The Broadway League’s diversity committee. 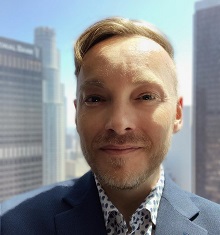 Kristopher McDowell has served as CEO for the company for 13 years in the United States and is responsible for the companies expansion in Asia Pacific. He now serves as a Consultant primarily for KMP Artists (for Asia, MENA & Special Projects), and also for other arts organizations, such as the, West Australian Ballet (consultant), Mummenschanz Foundation (strategic consultant), International Association of Blacks in Dance (touring advisor) and Bonifacio Art Foundation, Inc. (consultant). McDowell continues to travel the world deepening relationships with artists and presenting institutions and seeking opportunities for international cultural exchange. He has toured major projects to/from fifteen countries in Asia and the Middle East and has produced or toured over one 1,200 performances in North America.

McDowell began his career at seven years old as a performing artist working in musical theatre, contemporary dance and in his early twenties released a solo album and became a well known artist within the cabaret community in New York City. Since 2004 McDowell has served the live performing arts industry as a talent manager, producer and arts consultant for artists, performing arts companies, music and dance festivals. Prior to starting KMP McDowell served as a programming director for a non-profit music series for six years in California.

Additionally, McDowell is an experienced instructor in performing arts management. For over four years Kristopher was a faculty member of the American Musical and Dramatic Academy Los Angeles (Bachelor of Fine Arts Program); and he continues to present workshops and lectures at festivals and conferences around the Globe. Among his many valued affiliations with leading arts organizations, McDowell is a member of Dance/USA; World Dance Alliance; International Consortium for Advancement in Choreography; International Society for Performing Arts (ISPA) where is also served on its Membership Committee; Western Arts Alliance (WAA); Association of Performing Arts Professionals (APAP); North American Performing Arts Managers and Agents (NAPAMA); and Americans for the Arts. McDowell is also an outgoing member of the Executive Committee and Board of Trustees for Dance/USA as well as the former Chair for the Agents, Manager, Producers and Promoters Council.

Renae Williams Niles (moderator) has been working in the arts for over 26 years serving in many capacities including dance company manager, grantmaker, presenter/guest curator, chief fundraiser, moderator/speaker, panelist/judge and board member.  She is currently the Associate Dean of Administration at the USC Glorya Kaufman School of Dance, overseeing administration and co-leading its Equity, Diversity and Inclusion efforts. Previously, she worked for The Music Center eventually serving as Vice President of Programming. There she curated the presentation of 50 internationally-acclaimed ballet and contemporary companies, led the commissioning of new works and projects such as LA Dance Project and Slow Dancing; multi-disciplinary collaborations with Dance Camera West, LA Opera, LA Philharmonic and Center Theatre Group as well as created new programs including the site-specific Moves After Dark and the main stage project BalletNow. Before joining The Music Center, she served as the Director of Grant Programs for the Los Angeles County Arts Commission and also worked with the Lula Washington Dance Theatre as Company Manager and at Grand Performances as Special Projects Manager. Renae frequently serves as a grant review panelist and anonymous nominator for major national foundations and has been a panelist for the MAP Fund, Mid-Atlantic Arts Foundation, National Endowment for the Arts, and United States Artists among others. She served on the board of the Western Arts Alliance (WAA) for 13 years including as President and was also on the board of trustees for Dance/USA. Renae currently serves on the national boards of the Association of Performing Arts Professionals and American Dance Movement. Renae is also on the advisory boards of the New England Foundation for the Arts' National Dance Project and BODYTRAFFIC. She is an alum of USC and a participant in the USC Racial Equity Leadership Academy. She is also adjunct faculty for Claremont Graduate University’s Arts Management program and the 2017 recipient of the WAA Service to the Field Award.

Yvonne Montoya is a mother, dancemaker, international artist, consultant, independent dance scholar and founding director of Safos Dance Theatre based in Tucson, AZ. Originally from Alburquerque, NM, Montoya is a process-based dancemaker who creates low tech site specific and site adaptive pieces for non-traditional dance spaces. Her work is grounded in and inspired by the landscapes, languages, cultures, and the aesthetics of the U.S. Southwest. Montoya is the lead choreographer for Safos and under her direction, the company won the Tucson Pima Arts Council’s Lumie Award for Emerging Organization in 2015. She is currently working on “Stories from Home” a series of movement vignettes based on her family’s oral histories. 2017-2018 Montoya was a Post-Graduate Fellow in Dance at Arizona State University where she founded and organized the inaugural Dance in the Desert: A Gathering of Latinx Dancemakers. Montoya is a 2019-2020 Kennedy Center Citizen Artist Fellow, a 2019-2020 Dance/USA Artist Fellow, and a recipient of the 2019 NALAC POD grant. She continues to work as a thought leader and collaborator on Dance in the Desert. Learn more at yvonnemontoya.co

A Bay Area native, Antoine Hunter is an award-winning internationally known African-American Deaf choreographer, dancer, instructor, speaker and Deaf advocate who performed throughout the Bay Area and the world including Europe, Africa and South America. Hunter has performed with Savage Jazz Dance Company, Nuba Dance Theater, Alayo Dance Company, Robert Moses’ KIN, Sins Invalid, Amara Tabor-Smith, Kim Epifano, Push Dance Company, Fly Away Productions, and Zaccho Dance Theatre.  Hunter is a faculty member at East Bay Shawl Anderson and ODC. Hunter has received the 2019 National Dance/USA fellowship award additionally recognized by the Mayor and City of Oakland and the 2018 inaugural Jeanette Lomujo Bremond Award for Humanity in the Arts by Hālau Ku Ua Tuahine.Hunter is on the board of Dance/USA as of 2018 as an ambassador for Deaf Arts. Hunter has taught workshops and lectured at TedX UCDavisSF, Duke University, Harvard University, Stanford University, WAC Educator Conference, Grantmakers in the Arts, Kennedy Center’s VSA Intersections conference on Arts and Special Education and for the National State Assembly for the Arts.  He is crowned King of SF Carnaval 2017 and has been featured on the front cover of Cal Art's The Pool, Deaf Life, in Dance Spirit, Dance Teacher, Dance Magazine and in Oakland North, 48Hills, CNN's Great Big Story, Splinter and KQED Arts. He is former president of Bay Area Black Deaf Advocates and Director-at-Large for Northern California Association of the Deaf.  Mr Hunter actively supports DeafHope, an organization whose mission is to end domestic and sexual violence in Deaf communities through empowerment and education. He teaches dance and ASL in both Hearing and Deaf communities and is the founder/artistic director of Urban Jazz Dance Company and has been producing the Bay Area International Deaf Dance Festival since 2013 which has been awarded an Isadora Duncan (Izzie) Award in 2018 for bridging the hearing and the Deaf communities. His projects have been awarded funding by CA$H Theater Bay Area, the Zellerbach Family Foundation, California Arts Council, Kenneth Rainin Foundation and SF Arts Commission. Learn more at realurbanjazzdance.com

Pamela Tatge (moderator) is the Director of Jacob’s Pillow, an international dance festival, professional School, and Archives located in the Berkshires in Western Massachusetts. Tatge is responsible for setting the artistic vision and strategic goals for all aspects of the organization.

In June 2017, Tatge spearheaded the creation of Vision ‘22, a strategic approach to the Pillow’s development through 2022 that acts as the blueprint for enabling Jacob’s Pillow to become a year-round center for dance research and development.

For nearly 17 years, Tatge served as the Director of the Center for the Arts at Wesleyan University in Middletown, CT, overseeing robust programming for

dance, music, theatre, and the visual arts. Initiatives that were launched and developed during her tenure include the Creative Campus Initiative, integrating arts into non-arts areas of the curriculum; and the Institute for Curatorial Practice in Performance, the first-ever Masters degree in Performance Curation.

Tatge was named one of “The Most Influential People in Dance Today” by Dance Magazine in 2017 and is the recipient of the Association of Performing Arts Presenters’ 2010 William Dawson Award for Programmatic Excellence and Sustained Achievement in Programming.

Tatge holds a B.A. in History and an M.A.L.S. from Wesleyan University.