Michelle Ramos-Burkhart has a twenty-year successful history in business, consulting and work in the non-profit and philanthropic sectors. She has worked as an Executive Director for multiple non-profit organizations and as a program officer for a foundation. She was an adjunct professor at New York University and worked with Columbia University and Cornell University in an advisory capacity on arts initiatives and studies. Michelle holds a B.S. in Behavior Science from University of San Francisco, a J.D. from Golden Gate University, and an LL.M. from California Western School of Law and is pursuing her PhD in Cultural Psychology. Michelle consults in arts-business with non-profit organizations nationwide in addition to her legal practice. She the proud mother of a professional dancer and since retiring from her own dance career Michelle has become a competitive Ironman triathlete and marathoner.

Jamie Bennett is the executive director of ArtPlace America, a partnership among 14 foundations, 8 federal agencies, and 6 financial institutions working to position art and culture as a core sector of community planning and development in order to help shape a community’s social, physical, and economic future – a practice that is referred to as creative placemaking. To date, ArtPlace has invested $56.8 million through 189 grants in communities of all sizes across the United States.

Until December 2013, Jamie was Chief of Staff and Director of Public Affairs at the National Endowment for the Arts, where he oversaw the national rollouts of the "Our Town" grant program and new partnerships with the US Departments of Agriculture, Defense, Health and Human Services, and Housing and Urban Development.

Previously, Jamie was Chief of Staff at the New York City Department of Cultural Affairs during Mayor Bloomberg's administration where he oversaw the agency's partnerships with the NYC Departments for the Aging, of Education, and of Youth and Community Development.

Jamie has also provided strategic counsel at the Agnes Gund Foundation, served as chief of staff to the President of Columbia University, and worked in fundraising at The Museum of Modern Art, the New York Philharmonic, and Columbia College.

Before entering the public sector, Jamie served on the board of directors for Art21 and HERE Arts Center; Merce Cunningham Dance Foundation’s Foot-in-the-Door Committee; and Studio in a School’s Associates Committee.  Jamie received his B.A. from Columbia College in New York City.

Steven Lawrence joined the Foundation Center’s research staff in 1991 and currently serves as director of research. He manages the publication of numerous annual and special project reports. He also develops and delivers public presentations and trainings on foundation trends; facilitates custom consulting services for external clients; and promotes Foundation Center research activities to the media, grantmakers, and the nonprofit community.

A seasoned researcher, writer, and communicator with close to 25 years of experience in the nonprofit sector, Mr. Lawrence is the principal author of the annual Key Facts on U.S. Foundations report and numerous special studies on the foundation field, such as Advancing Human Rights: The State of Global Foundation Grantmaking, Philanthropy and Hurricane Sandy: A Report on the Foundation and Corporate Response, and Key Facts on Mission Investing.

Mr. Lawrence serves on the Giving USA advisory committee and the Grantmakers in the Arts research committee. He received a bachelor’s degree in communication arts from Cornell University and a master’s degree in sociology from the University of Chicago.

As part of CECP’s measurement team, Jinny Jeong leads the development and outreach efforts for the Giving in Numbers Survey. This research process results in apremiere annual benchmarking report, Giving in Numbers, for corporate giving officers and those with a stake in the future of global corporate social responsibility (CSR).

She brings a diverse set of experiences and skills, having worked with several nonprofit organizations—including arts organizations such as Dance Theater Workshop (now known as New York Live Arts) and the New Victory Theater. She holds a MPA from NYU Wagner School of Public Service and a BA from Villanova University.

MK Wegmann, President & CEO, National Performance Network, has 30 years experience in organizational development and artists' services. NPN supports the creation and touring of contemporary performing and visual arts in the US and around the globe, and in its home in New Orleans, serves as an intermediary and fiscal sponsor through its Local Network.  From 1978-1991 she was Associate and Acting Director for the Contemporary Arts Center in New Orleans, and from 1993-1999 was Managing Director of the theatre company Junebug Productions.  Wegmann serves on Boards of Directors for National Performance Network, Junebug Productions, Performing Arts Alliance (PAA) and the Cultural Alliance of New Orleans (CANO). She holds a Bachelor of Arts degree from Spring Hill College and a Master of Arts degree from Louisiana State University of New Orleans (now UNO).

Sara C. Nash is the manager of the National Dance Project at the New England Foundation for the Arts. Prior to joining NEFA in 2011, Sara managed the USArtists International program at Mid Atlantic Arts Foundation. She worked as senior producer at Dance Theater Workshop, where she oversaw the international program The Suitcase Fund and helped develop residency programs for commissioned artists.  Sara has also worked internationally at Tanec Praha, an international contemporary dance festival in Prague, and at the British Council in London. She has served as a moderator, speaker, and panelist for a variety of organizations, including Dance/USA, Japan Foundation, MANCC, the National Performance Network, and South Arts among others. 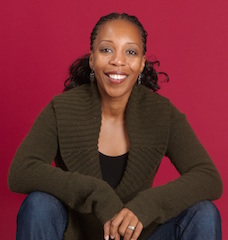 Renae Williams Niles is currently Vice President, Programming at The Music Center in Los Angeles, one of the three largest performing arts centers in the U.S. In her present role she oversees all programmatic areas including a dance series, DIY/participatory initiatives and family programs. During her current and previous tenure as the Director of Programming/Dance Presentations, the Glorya Kaufman Presents Dance at The Music Center series has presented and/or co-commissioned over 20 World, North American and West Coast premieres/debuts including the commission and World Debut of Benjamin Millepied’s L.A. Dance Project; and also established an Artist in Residence program. Prior to The Music Center, Niles was the Director of Grant Programs for the L.A. County Arts Commission and also served on the artist review panel for the Ford Amphitheatre; Company Manager of the Lula Washington Dance Theatre and Special Projects/Marketing Manager with Grand Performances.  She currently serves as the Immediate Past President of the Western Arts Alliance Board of Directors, a regional organization focused on touring and presenting in the West. She was also previously on the Dance/USA Board of Trustees, the national service organization supporting professional dance. Niles has been a grant review panelist for the Entertainment Industry Foundation, The James Irvine Foundation, the National Endowment for the Arts and United States Artists among others. She currently serves on the Board of Councilors for the University of Southern California’s Kaufman School of Dance and in 2014 was named a Fellow of the Los Angeles Institute for the Humanities. She graduated from USC’s School of Journalism, Public Relations and currently resides in Culver City, California along with her husband and three children.

Rosie Herrera is a graduate from New World School with a BFA in Dance Performance. She has been commissioned by The Miami Light Project in association with the Adrienne Arsht Center for the Performing and the American Dance Festival in 2010, 2011, and 2013. She has had two residencies at the ADF recreating her work “Various Stages of Drowning:  A Cabaret” on ADF dancers and creating a new work entitled “Make Believe” which is set to premiere on her company n 2015/16.

Rosie is a classically trained lyric coloratura soprano and performs with the Performers Music Institute Opera Ensemble as well as choreographs and stages operas independently throughout Miami. She has also collaborated on productions with The South Miami Dade Cultural Arts Center, New World School of the Arts, The University of Central Florida, Six Floor Ensemble, Zoetic Stage and with theater artist Rudi Goblen as well as filmmakers Adam Reign and Lucas Leyva. As a rehearsal director, co- choreographer and performer Rosie was in residency at the Chat Noir Cabaret in Miami Beach with the interdisciplinary performance ensemble Circ X.

Her company has been presented by the Northrop Dance Series, Adrienne Arsht Center for the Performing Arts, Baryshnicov Arts Center, Texas A & M University, Duncan Theater, Gotham Dance at Skirball and Focus Dance at The Joyce.

Rosie is a 2010 MANCC choreographic fellow and a 2011 Miami Dance Fellow.  In 2013 she was awarded a Princess Grace Choreographic Fellowship for her work with Ballet Hispanico entitled “Show.Girl.” This past summer she was in residency at the Bates Dance Festival working on a solo work set to premiere in May.

For 30 years, Stephen Petronio has honed a unique language of movement that speaks to the intuitive and complex possibilities of the body informed by its shifting cultural context. He has collaborated with a wide range of artists in many disciplines over his career and holds the integration of multiple forms as fundamental to his creative drive and vision. He continues to create a haven for dancers with a keen interest in the history of contemporary movement and an appetite for the unknown. Petronio was born in Newark, NJ, and received a BA from Hampshire College in Amherst, MA, where he began his early training in improvisation and dance technique. He was greatly influenced by working with Steve Paxton as well as the dancing of Rudolf Nureyev and was the first male dancer of the Trisha Brown Company (1979 to 1986). He has gone on to build a unique career, receiving numerous accolades, including a John Simon Guggenheim Fellowship, awards from the Foundation for Contemporary Performance Arts, New York Foundation for the Arts, an American Choreographer Award, and a New York Dance and Performance “Bessie” Award.

Petronio, whose training originated with leading figures of the Judson era, performed Man Walking Down the Side of a Building in 2010 for Trisha Brown Company at the Whitney Museum, and performed his 2012 rendition of Steve Paxton’s Intravenous Lecture (1970) in New York, Portland, and at the TEDMED-2012 conference at the Kennedy Center Opera House in Washington, DC. In October 2012, Petronio received the distinction of being named the first Artist-in-Residence at The Joyce Theater for a two-year residency. Currently, he is entangled with visual artist Janine Antoni in a number of discipline-blurring projects, one of which is the video installation Honey Baby (2013) in collaboration with composer Tom Laurie and filmmaker Kirsten Johnson. Petronio has recently published a memoir, Confessions of a Motion Addict.