The prevailing mantra in the business world is that in order to succeed, grow, and stay in business, you constantly need new customers. For arts organizations that holds true with audience members. Customers will come and go, so, too, audience members. The key is retaining as many of the ones you have while consistently gaining new ones. How to accomplish that is an age-old riddle that seems to have a million different solutions depending on your organization’s situation. Some may move your organization toward achieving its goals, while others may lead it down dead-end roads or toward eventual ruin.

The October 2014 study published by The Wallace Foundation, entitled The Road To Results: Effective Practices For Building Arts Audiences, seeks to take some of the guesswork out of choosing the right answers to your organization’s particular audience-building riddles by examining the examples of ten arts organizations. These large and small arts non-profits, which rose to the top from a pool of 54 organizations in six cities (Boston, Chicago, Minneapolis, Philadelphia, San Francisco, Seattle), were invited to apply for and received The Wallace Excellence Awards. The awards financially supported audience-building efforts of each organization’s own design between 2006 and 2012.

The Road To Results follows a string of prior research projects that began with the RAND Corporation audience-building study A New Framework for Building Participation in the Arts, published in 2001. That led to The Wallace Excellence Awards, which sought to answer what was learned from the RAND study and put into practice, if anything, and how could organizations implement it? Road To Results author Bob Harlow of Bob Harlow Research and Consulting, LLC, in New York, N.Y., and his team of researchers and writers were then assigned by the Wallace Foundation to examine ten of those Excellence awardees chosen for their ability to move the needle on their audience-building efforts, cohesiveness in their strategies, and diversity to find out what works. That yielded ten individual case studies, which pointed to nine common practices that contributed to the success of WEA’s audience-building efforts.

“Even though these organizations are completely diverse — you have this tiny community-based arts school in Philadelphia and then you’ve got these $20-million dance and opera organizations in Seattle — there were common threads we found,” says Harlow. “Wallace said we should write up these common threads, which led to The Road To Results.”

Harlow says he was not surprised by the common threads given that the organizations had the same basic challenge. “No matter who they were, they were all trying to build a following among an audience that really did not know much about them,” says Harlow.

The common threads as published by Harlow in Road To Results are as follows with examples from several of those studied used to illustrate some of those commonalities:

In addition to offering practical and helpful information on audience-building, The Road To Results also points out that with successes come failures.

“The other thing that is important in reading The Road To Results is that it is a little disingenuous frankly because it looks like: ‘Wow, The Clay Studio did all these great things and look at PNB, they had this walk down the garden path.’ It wasn’t like that,” says Harlow. “Everyone had some false starts and made some mistakes. Going after new audiences they made a lot of mistakes and we say that in Road to Results.”

With all the observations and revelations that were and could be culled from The Wallace Foundation’s research leading to The Road To Results, one of the most telling comes from the study’s author about the arts field in general.

“I do work in a variety of industries, such as health care and technology, and in the arts, unfortunately, there is a hesitancy to use research strategically and I found that was definitely true in these cases,” says Harlow. “People did market research because Wallace asked them to and provided resources to support them in doing it. I think many of them became converted into understanding that market research is really important, but I don’t know if they measured things exactly in a disciplined way. I think that this is a problem endemic to the arts field.”

Harlow feels many of the organizations in the study did great jobs, but notes that there is always room for improvement.

While the study can offer many takeaways for its readers and for other arts organizations, Harlow sees perhaps the biggest takeaway being recognition of the real end goal:

“So much of the work done in arts audience-building, I must say, is about the techniques and tactics: ‘We did this great after-hours thing. We had this lively talk back. We did this great social media thing. We had a kiosk.’ Arts organizations tend to focus on these tactics that are sexy to read about, but what we found is that they are sort of red herrings,” says Harlow. “You really need to focus on building relationships. Organizations that focus on building long-term relationships, understanding who they want to build a relationship with, what they can offer them and whether they are a match, that’s the stuff that makes the difference.” 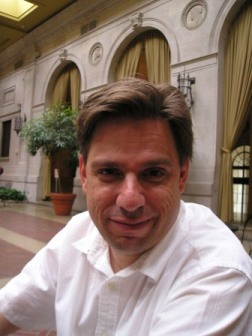 ____
Be part of the conversation! We welcome and encourage feedback on eJournal articles. You are encouraged to contribute any commentary designed to spark conversation, ask questions, and/or offer constructive criticism. Please note that comments will be reviewed by Dance/USA staff prior to appearing on the site. If necessary, comments may be edited or deleted to remove any inappropriate or highly inflammatory remarks.