He was a Co-Curator of the 2015 Movement Research Spring Festival and the 2015 Dancing While Black performance series at BAAD in the Bronx; a contributing correspondent for Dance Journal (PHL), the Broad Street Review (PHL), and Critical Correspondence (NYC); a 2012 Live Arts Brewery Fellow as a part of the Philadelphia Live Arts Festival; a 2011 Fellow as a part of the DeVos Institute of Art Management at the John F. Kennedy Center for the Performing Arts; and an inaugural graduate member of the Institute for Curatorial Practice in Performance (ICPP) at Wesleyan University where he earned his MA in Curatorial Studies.

His work in performance is rooted in a creative mission to push history forward through writing and art making and advocacy. Kosoko’s work in live performance has received support from The Pew Center for Arts and Heritage through Dance Advance, The Philadelphia Cultural Management Initiative, The Joyce Theater Foundation, and The Philadelphia Cultural Fund. His breakout solo performance work entitled other.explicit.body. premiered at Harlem Stage in April 2012 and went on to tour nationally. As a performer, Kosoko has created original roles in the performance works of Nick Cave, Pig Iron Theatre Company, Keely Garfield Dance, Miguel Gutierrez and The Powerful People, and Headlong Dance Theater, among others. In addition, creative consultant and/or performer credits include: Terry Creach, Lisa Kraus, Kate Watson-Wallace/anonymous bodies, Leah Stein Dance Company, Emergent Improvisation Ensemble, and Faustin Linyekula and Les Studios Kabako (The Democratic Republic of Congo).

In 2009, he published he chapbook, Animal in Cyberspace, and, in 2011, he published his own collection, Notes on an Urban Kill-Floor: Poems for Detroit (Old City Publishing). Publications include: The American Poetry Review, The Dunes Review, The Interlochen Review, The Broad Street Review, Silo Literary and Visual Arts Magazine.
Kosoko has served on numerous curatorial and funding panels including the Brooklyn Arts Council, the National Endowment for the Arts, MAP Fund, Movement Research at the Judson Church, the Philadelphia Cultural Fund, and the Baker Artists Awards, among others. In 2014, Kosoko joined the Board of Directors for Dance/USA, the national service organization for dance professionals. He is also a founding advisory board member for the Coalition for Diasporan Scholars Moving.

He has held producing and curatorial positions at New York Live Arts, 651 Arts, and The Watermill Center among others. He continues to guest teach, speak, and lecture internationally.

Amy Miller is a NYC-based dancer, choreographer, educator and advocate. Formerly with the Ohio Ballet, she was also a founding member and artistic associate of Cleveland-based GroundWorks DanceTheater. Now a Gibney Company Director alongside Nigel Campbell, and a performing member of Gibney Company, Miller has facilitated numerous teaching residencies at Oberlin College, Brown University, NYU’s Tisch School of the Arts, and Bates Dance Festival among many others. Miller also focuses on Gibney’s Community Action initiatives through facilitating movement workshops with survivors of trauma, conducting both local and international trainings for artists interested in engaging in social action, developing healthy relationship workshops for young people and raising awareness about the role of the arts in violence prevention. She has conducted Gibney’s Global Community Action Residencies at Mimar Sinan University and Koc University (Istanbul), University of Cape Town (South Africa), DOCH: School of Dance and Circus (Stockholm), MUDA Africa (Tanzania) and most recently in Gisenyi, Rwanda. She is an active member of the National Dance Education Organization’s Access, Diversity and Equity Committee, as well as Dance/USA’s Dance & Disability Affinity Group working toward National Initiatives. Miller has twice been a Dance/USA Mentor through their Institute for Leadership Training. Miller was honored to receive an Arts & Artists in Progress “Pay it Forward” Award from Brooklyn Arts Exchange. Miller holds a BFA in Dance and is a recipient of an Ohio Arts Council Individual Excellence Award for her choreography. 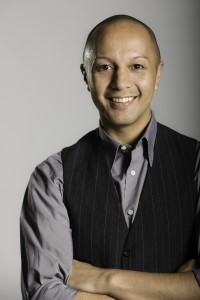 Christopher K. Morgan (he/his/him) is Executive Artistic Director of Dance Place in Washington, DC, where he curates over 35 weekends of performances annually, oversees a school for youth and adults, and continues Dance Place’s role as a neighborhood community arts center and nationally prominent performing arts presenter. Morgan’s leadership at Dance Place is deeply connected to his identity as an advocate for cultural integrity and broad ranging representation from across the community, in the classroom and on stage. Born in Orange County, CA, his Native Hawaiian ancestry and wide-ranging international performance career influence all aspects of his work. Morgan founded his contemporary dance company Christopher K. Morgan & Artists in 2011; the same year Dance Magazine profiled him as one of six breakout choreographers in the United States. Said to be “direct, transcendent and entrancing" (The Washington Post), his choreography has been presented in 18 countries on 5 continents. Awards include a 2013 Native Arts & Cultures Foundation Fellowship, 2014 and 2019 NPN Creation Fund, 2014 and 2019 NEFA National Dance Project Production Grant, an inaugural 2018 Native Launchpad Award from the Western Arts Alliance, and a 2019 Dance USA Fellowship for Artists. Teaching credits include American University (2011-14), the BA and MFA programs at the University of Maryland (2014-17), and residencies at over 20 conservatories and institutions of higher learning in the US and abroad. Since 2006 Christopher has directed Art Omi: Dance, an annual collaborative residency for international choreographers in New York, where he created an utterly unique international cultural exchange program. Frequently sought as a speaker and grants reviewer for an informed and balanced perspective, he has been at the forefront of national discussions on equity in the arts. He lives in Washington D.C. with his husband, opera director Kyle Lang.

From Evanston, Illinois, Julie Nakagawa was a featured dancer with Christopher D’Amboise’s Off Center Ballet, Cleveland Ballet, and Twyla Tharp Dance. Returning to Chicago upon her retirement from dancing, she has been especially interested in the development of dance artists and their related artistic collaborators. At the invitation of Lou Conte, Julie joined the staff of Lou Conte Dance Studio in January 1994 and rose to the position of Associate Director. In addition, she led Hubbard Street 2 from its inception in 1997 through February 2007 as the artistic director of the second company of Hubbard Street Dance Chicago, nurturing young dancers and establishing the National Choreographic Competition to provide creative opportunities for emerging dance makers. A sought-after teacher, Julie has taught classes for dance studios, university programs, and companies, nationally and internationally. She has served as a member and officer of the Board of Trustees of Dance/USA, has engaged as a mentor in Dance/USA’s Institute for Leadership Training, and has served as a panelist for numerous peer review panels including the National Endowment for the Arts and the McKnight Foundation. The Chicago Foundation for Women’s Asian American Leadership Council has honored Julie for her work in the creative arts. Julie is a Co-founder and Artistic Director of DanceWorks Chicago, a creative incubator fostering a diverse next generation of movers and makers, empowering young artists to cultivate their unique voices in the dance community through skill acquisition and development; collaborations and relationship-building with a global perspective; intense and intentional mentorship; and performances that shine a light on dancers and dance.Dr. Michelle Ramos brings a deep and incredibly robust diversity of experience to role as Executive Director of Alternate Roots. Her background includes most recently working in criminal justice reform as Project Director of the Vera Institute of Justice, philanthropic work as a Program Officer at Women’s Foundation of California, and service organization leadership as Board Chair of Dance/USA, Dancing Grounds, and Junebug Productions.

In addition to being a licensed attorney, and holding a PhD in Cultural Psychology, she has significant organizing experience and has committed her career to serving communities and individuals adversely impacted by issues of race, gender, disability, class, socio-economics, inequitable laws and systemic oppression. Ramos, a retired professional ballet dancer has worked as an executive director for multiple non-profit arts organizations in many cities across the US. She has consulted for over 20 years nationally and internationally.

She is the proud mother Broadway choreographer, Ellenore Scott, and since retiring from her own dance career, Ramos has continued teach dance, has competed as an Ironman triathlete and now enjoys her southern New Orleans lifestyle.