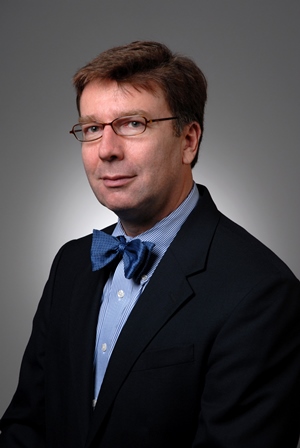 A high school arts assembly changed Doug Sonntag’s life. The recently retired director of dance programming at the National Endowment for the Arts credits an annual stop on Ballet West’s art-in-education program for his life-long love of dance.

At the 2017 Dance/USA Annual Conference, in Kansas City, MO., Sonntag receives Dance/USA’s Trustees Award given at the board’s discretion to an outstanding professional whose work has special significance to the field.

“Dance was an art form I responded to on a very profound level,” Sonntag said. “I found it unbelievably beautiful. A lot of the sentiments in A Chorus Line when they sang ‘At the Ballet’ were somewhat mirrored in my life.” A middle child with three older sisters and two younger brothers, Sonntag grew up in a Mormon family in Utah where dance and the arts were not really on the family’s radar. Yet, when he turned 16 and could drive, he bought season tickets to Ballet West with his sister, primarily because the company’s in-school program inspired him.

Sonntag took his first ballet classes in Paris, as an 18-year-old student at the American College there. On his return after his freshman year abroad, he signed on as a dance major at the University of Utah. Asked what his parents thought, he replied, “I’m sure it was not a choice they were happy with, but it’s not a choice they ever questioned seriously. They were pretty supportive and let me do my thing. They did let me go off to Paris to study when I was 18 after all.”

Everything Was Beautiful at the Ballet

Sonntag found that as much as he loved ballet as an art form, and loved taking class, auditioning and performing weren’t for him. “I realized at a certain point that this was not a body that was going to be a good long-term investment [for ballet],” he said. “I got a degree in arts administration and became the general manager for Repertory Dance Theater” in Salt Lake City. Working at the country’s oldest repertory modern dance company provided him with a solid grounding in management and in the modern dance world. He stayed for five years before taking a position as a specialist at the National Endowment for the Arts in Washington, D.C., and moving east.

While he didn’t know much about Washington or about the inner workings of government agencies and Congress at the time, the now-executive director of New York City Ballet, Kathy Brown, then dance program director, hired him in 1986 as a program specialist organizing the in-person panels for grantmaking. That began Sonntag’s long and illustrious tenure at the NEA throughout which he has worked assiduously to avoid politicizing the mission of bringing dance and the arts to communities across the country through a highly vetted process of government grants and initiatives.

His colleagues describe him as steadfast, trustworthy, and passionate about dance, working to propagate it in large cities and small town across the country. “It’s easy to see the grants and see the activity and public programs the NEA supports, but it’s hard to know what goes into that behind the scenes. Doug was a super top chef, cooking up these wonderful programs,” said Sali Ann Kriegsman, a 2009 Dance/USA Ernie recipient and former NEA dance program director.

With a tenure of 31 years at the agency, Sonntag began in what he called “the dark ages” of computer data gathering for grant panels, before moving to an administrator and from 1997 to 2017 he served as director of dance. One of Sonntag’s most beloved programs, the NEA Choreography Fellowships, lasted from 1966 through 1995 before the money was cut in 1996. “That was one of the great sadnesses in American culture — the loss of the choreography fellowships — because that money was so important for young artists to be able to develop their voices and develop a repertory that they could tour. We’ve lost generations of artists because there’s no logical path to become a choreographer with a company anymore,” he said. Those fellowships directly impacted new works, allowing dancemakers to rent rehearsal space, hire dancers and build a repertoire that could tour and attract larger private grants and commissions. “I don’t know what people do now,” Sonntag said with distress in his voice. “You can see the effects today in the very small number of companies that still follow a single-choreographer model. Fewer have emerged in the past 15 or 20 years.”

Among the programs he feels most proud of creating, he mentioned both the National College Choreography Initiative (with Dance/USA) and the American Masterpieces: Dance are close to his heart. He said the NEA dance program “had really neglected reaching out to college and university dance students as a constituency … dance department kids just weren’t well served by our programs. That always bothered me as a former dancer because you can read about your dance history but you never get to see it, or dance it. The American Masterpieces program revived some fantastic work on students.” Sonntag admitted, “That’s where the dance nerd in me comes out: Those programs are probably closest to my heart for what they accomplished and for my personal interest.”

Of course, his tenure at the NEA has not been without controversy. In 1989, the NEA Four — performance artists Karen Finley, Tim Miller, John Fleck, and Holly Hughes — were NEA grantees but then-chair John Frohnmayer vetoed their grants due to the what was called the controversial subject matter of their works. The NEA four took their case to court and in 1993 won. But ultimately the controversy resulted in closing down federal grants to individual artists.

“There were some rocky moments politically in the dance program in the late ‘80s and beyond …,” Sonntag acknowledged. He saw the growing shadow of the culture wars in the 1980s take hold from within the NEA. “The congressional staff during the [George H.W.] Bush Administration, I assume, thought that there were mounds of pornography to be offended by if they just dug a little bit”  into the grant applications of government grantees. Sonntag explained: “We used to get requests for grant files to send over to Congress. Remember these were the early days of computers and all they could do were basic word searches.” He said that he and fellow staffers would wonder what was consistent about a particular set of requested files, noting that “something like 99 percent of the search results were irrelevant when we were asked to look up keywords like ‘gay’ or ‘woman.’” More often than not, artists with the name Gay would come up and woman also provided many random results.

Sonntag noted that the political party in the White House was not always an indicator that the NEA might be under scrutiny. For example, he found George W. Bush’s administration quite supportive. First Lady Laura Bush had been a librarian and loved the arts — she even occasionally attended the ballet at the John F. Kennedy Center for the Performing Arts — so there weren’t many controversies during the George W. Bush Administration.

A Life in Dance

He’s also pleased that over his tenure, even with the many changes he’s weathered — including the loss of live, face-to-face panels for grants, new focuses and politicized budget cuts — the NEA’s dance program has remained a relevant and important element in the overall ecology of dance of all genres across the country. Often, he emphasized, the NEA gave “the first money to a project and it made a difference.”

“One of the most remarkable things about Doug,” Kriegsman said, “was with every change of chairman or chairwoman that came in, each with their own ideas about what new initiative they wanted to put together, he was their go-to person in every instance. In each case, he figured out how to make it work for the field as well as the arts world and the government.” There have been few leaders with Sonntag’s longevity in the public sector of dance and many colleagues noted that his contributions will continue to echo throughout the dance field well beyond his retirement.

Asked to summarize his 31-year career at the endowment, Sonntag modestly admitted that he had his dream job. “I loved dance and I’ve had jobs that kept me in the dance world, kept me in touch with dancers. I feel like I’ve been living in my tribe — and I got paid to do that.”

As for a second act, he hasn’t made any definitive plans aside from catching up on his sleep deficit and finding more time for his hobby — pottery. He also plans on exploring some classes he has always wanted to take. But talk about a dream career, “It was kind of like winning the lottery. I got paid to help make dance happen all over the country.” It doesn’t get much better than that for a Utah kid who discovered ballet at an in-school performance.

Lisa Traiger edits From the Green Room, Dance/USA’s eJournal, and writes for a variety of publications, including Dance, Dance Teacher, and  Washington Jewish Week among others. She was a 2003 New York Times Fellow in dance criticism at the American Dance Festival in Durham, N.C.