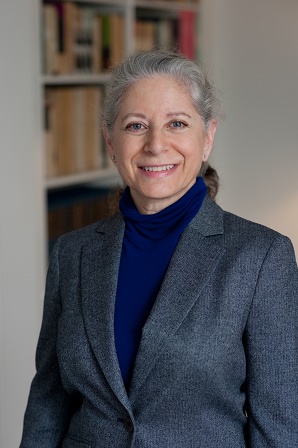 Ella Baff is the Senior Program Officer for Arts and Cultural Heritage at the Andrew W. Mellon Foundation in New York.

She has received several awards in the cultural field including the Chevalier of the Order of Arts and Letters from the French Ministry of Culture, the William Dawson Award for Programmatic Excellence from the Association of Performing Arts Presenters, and Honorary Doctorates from the Massachusetts College of Liberal Arts and College of the Holy Cross. Baff has twice Co-chaired the International Society for the Performing Arts (ISPA) Congress in New York.  She is currently the Chair of The Gish Prize, and serves on the Board of Directors of MASS MoCA (Massachusetts Museum of Contemporary Art).

Baff is the former Executive and Artistic Director of Jacob’s Pillow, an international dance Festival, professional School, and Archives located in the Berkshires in Western Massachusetts.  Under her leadership, Jacob’s Pillow was designated a National Historic Landmark, and in 2011, was awarded the National Medal of Arts by President Barack Obama at the White House.  During her time at the Pillow, Baff expanded artistic, education, and community programs as well as the Archives; Scholars and Fellows; and Preservation programs.  She established a digital media department; the organization’s first endowment, cash reserve, capital reserve and Artistic Initiatives Fund; and expanded the campus and commissioned a master plan for its now 225 acres.

Baff was born and raised in New York City.  She has studied classical music and dance.  She is a graduate of UC Berkeley.  Her work in the cultural field has included developing arts programs and teaching theater in juvenile prisons.  She became a literacy instructor and taught children and adults to read.  As Program Director of Cal Performances, the performing arts center at the University of California, Berkeley, she commissioned and presented music, dance, and theater from all over the world.  Baff has been the Project Director of national outreach for an arts series on WNET public television in New York.  She has worked as a consultant for foundations, government, and not-for-profit organizations and has been a guest speaker and panelist for U.S. and international government agencies and arts organizations.  Baff is the Executive Producer of Never Stand Still, an award-winning documentary on PBS Great Performances series and released worldwide.