When I interviewed to become the dance critic for the Chicago Tribune, my then-future boss, his boss, and his boss’s boss all wanted to know how many Twitter followers I had. Much has been written about the changing state of arts criticism — intrinsically linked to the inevitable decline of print journalism. Critics’ sustainability in the ever-evolving-but-not-quite-keeping-up digital editions of major newspapers relies on how many clicks we receive — or how many Twitter followers we have — which bring in revenue from the online versions of our work. We know, however, that the majority of our readers — those who regularly read and, perhaps, even count on theater, dance, music and art reviews to curate their cultural engagements — are likely print subscribers.

So who are we really writing for?

On whom do we rely for those allusive clicks? I’ve always assumed that print subscribers range between the avid dance goer and the “general audience,” which is just as likely read a movie review, the sports pages, and the cooking section as it might scan a dance review. Meanwhile, online readers are more likely to be dancers, choreographers, or administrators — the same audience that might, perhaps, frequent Dance/USA’s From the Green Room. Do “general" readers perceive dance writing differently than informed arts patrons? Do informed arts patrons need something different from dance writing than the artists themselves? And what about the artists, who decry the demise of dance criticism on one hand, and blast the critic as ill-informed when the result is a bad review, on the other.

As major publications continue to cut back on space and jobs specifically focused on dance criticism, the volume of reviewers with expertise evaluating dance of all genres is in free fall. In my hometown of Chicago, we went from having a full-time dance critic at the Chicago Tribune to me, a very-part-time freelance critic, in the span of a decade. It’s more dire for our competitor: the Chicago Sun-Times has one full-time staff writer covering opera, theater, musical theater, visual arts, and dance, plus more. Even Dance Magazine stopped publishing reviews in 2013. If dance is in a publication’s budget, but there’s no dance writer on hand, reviews might be contracted out to another freelancer, covered by critics specializing in theater or art, or worse, reviewed by a lifestyle or entertainment writer. Some might say this is actually a great way to appeal to the general audience, since the dance experience of the unschooled reviewer is similar to that of an average consumer. But positioning what is essentially a Yelp-style review with an esteemed byline in a major paper creates a lack of trust between the dance community and reviewers, who may not have the skill set to speak thoughtfully about the form. Despite the fact that a review by an uninformed writer can and does result in really high praise (because high kicks, spins and other tricks are impressive), the perception is that writers, even those inexperienced with dance, wield an uncomfortable level of power over the public’s view of an artists’ work.

Regardless of who’s writing, the generally limited depth and breadth of dance coverage feeds the notion that dance doesn’t matter in our society. Combine this with added pressure from editors and publishers for clicks on online reviews and we get, at best, a somewhat dumbed-down, inauthentic view of dance that neglects big chunks of the field’s prodigious output that isn’t flashy enough for prime-time television. At its worst, dance coverage almost universally promotes Euro-centric, patriarchal, heteronormative, or populist aesthetics and, in some cases, puts forward harmful rhetoric perceived as an expert’s opinion of the form.

The answer for some artists looking for deeper commentary is to flood the digital space with editorial dance writing in blogs or online journals (thINKing Dance, The Dance Enthusiast, and DanceViewTimes are prime examples) promoting in-depth views of an artist’s process, critical and non-critical responses to performances, or academic and theoretical essays. Others simply disregard or deride critics, deeming them antiquated, uninformed, irrelevant symbols of the past, satisfied to passively (or sometimes actively) let them sink with their mainstream media ships.

I could argue the value of an objective, educated, outside eye commenting on dance from the perspective of the audience. I believe in old-school journalistic ethics and separation between critics and artists. I can point out the added revenue a show might bring in after a positive review or the grant dollars brought in by affirmative pull quotes. I can justify the necessity of saying, subjectively but definitively, whether a production is on or off the mark. But the truth is, dance doesn’t need us. Dance has and will continue to survive and thrive in places like Kansas City and St. Louis, Mo.; Grand Rapids, Mich.; and northeastern Ohio, where there is virtually no dance criticism. So it’s up to us, the few remaining dance critics at major publications, to shift our thinking, break down barriers, engage in a dialog with artists, and either prove our worth or get out of the way.

To ensure our survival, it is imperative that dance critics take risks and reach beyond the pressure to create clickbait. Talk to queer artists, artists of color, and artists working in alternative genres before, during and after covering their work, and cover more of it. Foster a new generation of writers that is more reflective of the community on which we comment. Will editors and publishers want to budget space and writers for a new dialog? Maybe not, but the best advice I’ve received from former dance critics is to see everything and write as often as possible, even when it’s uncomfortable. If nothing else, the limited space we are given will be filled with responses that come from a more open, more informed, more balanced place. The alternative is formal criticism disappearing and dance writing becoming a purely insular form, which may serve artists, but doesn’t particularly serve audiences or the greater community, for which the critic was long seen as an intermediary.

There’s going to be a learning curve; this will require cooperation and buy-in from artists who, inevitably, aren’t going to agree with us, but would they rather see us disappear completely?  Artists will still have to grapple with the sting of a negative review. Yet even those who vehemently challenge dance critics (with the most famous examples including Bill T. Jones and Tere O’Connor) have advocated for the importance of critical dance writing as necessary to the field. Perhaps we might all need to recognize that dance writing, if it’s any good, has value in and of itself, with the capacity to provoke artists and audience members and promote understanding, or better yet, urge audiences to accept that sometimes understanding dance isn’t exactly the point. 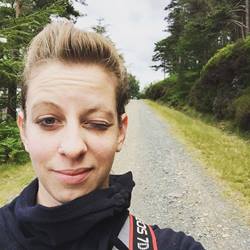 Lauren Warnecke is a freelance dance writer and critic based in Chicago, currently writing at the Chicago Tribune, and formerly for SeeChicagoDance and Windy City Times. Additionally Lauren contributes regularly to Chicago Magazine and Createquity, and has credits at Dance Magazine, Huffington Post, and founded the dance blog artintercepts.org in 2009. In addition to writing, Lauren is an adjunct instructor at Loyola University Chicago in the Dance and Exercise Science programs, and teaches group fitness classes. She is certified in a few random things like the Cecchetti Method, Olympic weightlifting, personal training, and urban composting. Tweet Lauren @artintercepts.