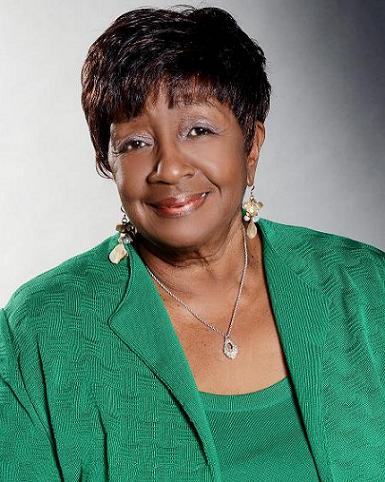 Ann Williams, founded Dallas Black Dance Theatre in 1976. She is a founding member of the Dance Council and The International Association of Blacks in Dance. Williams received her early dance training under Barbara Hollis (a member of the Katherine Dunham Dance Company), Edith James, Doris Humphrey, and Charles Weidman. She received additional training under Alvin Ailey and Arthur Mitchell. Williams is a graduate of Prairie View A&M University and earned a Master of Arts Degree in Dance and Related Arts from Texas Woman’s University. She holds a certificate in Arts Management from Texas A&M University, received an honorary Doctor of Humanities from Northwood University, and in May 2008 was awarded an Honorary Doctor of Philosophy in Dance from TWU. She served six years on the Texas Woman’s University Board of Regents. She is a 2002 inductee into the Texas Women’s Hall of Fame; and in April 2005, she was honored at The Kennedy Center in Washington D.C. as a part of the Masters of African-American Choreography series.

She has received many awards and honors for her support and commitment to the arts and service organizations including Alpha Kappa Alpha Sorority, Inc., Phi Delta Kappa, Sankofa Foundation Legacy Award of Alpha Phi Alpha Fraternity, Inc., Dallas Dance Council, NAACP, the Dallas Historical Society, Zeta Phi Beta’s “Woman of the Year,” and she was honored as a “distinguished alumna” by Prairie View and TWU in 1990.

Williams is a member of Alpha Kappa Alpha Sorority, Inc., Trinity Chapter-The Links, Inc., The Society, Inc.—Dallas Chapter, Charter 100, Dallas Chapter Associates of Jack and Jill of America, Lifetime member of NAACP, and the Black Chamber of Commerce. She has received The Real Estate Council’s “Dreamers, Doers & Unsung Heroes” Award for 1996 and the TACA (The Auction for the Cultural Arts) Award for Excellence in the Performing Arts.

In October of 2014, the 2700 block of Flora Street was officially renamed Ann Williams Way in honor of the lifelong work of Williams.

She serves on the Board of Directors of Texas Ballet Theater, The International Association of Blacks in Dance and the Texas Cultural Trust. She is a dance consultant and has served as a dance panelist for the City of Dallas/Office of Cultural Affairs, Texas Commission on the Arts, Dallas Center for the Performing Arts Foundation, Houston Arts Council, Arkansas Arts Council, the Corsicana PRIDE Project, and the National Endowment for the Arts. For 44 years, she was married to the late Nathaniel Williams, a retired administrator of the Dallas Independent School District. They are the parents of Angelia Williams Chancellor, a graduate of Florida A&M University School of Business and Industry and University of Dallas School of Business Management.